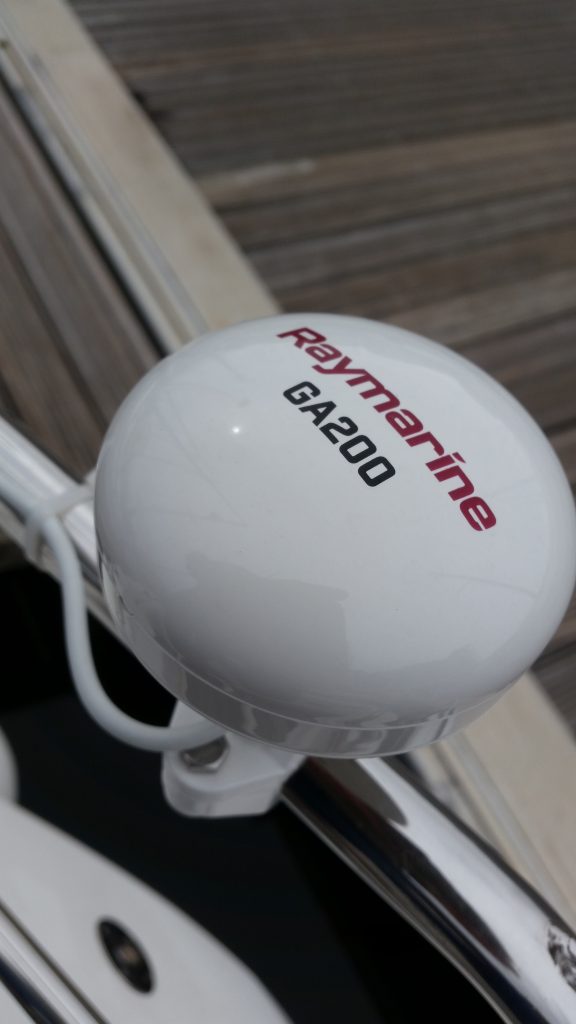 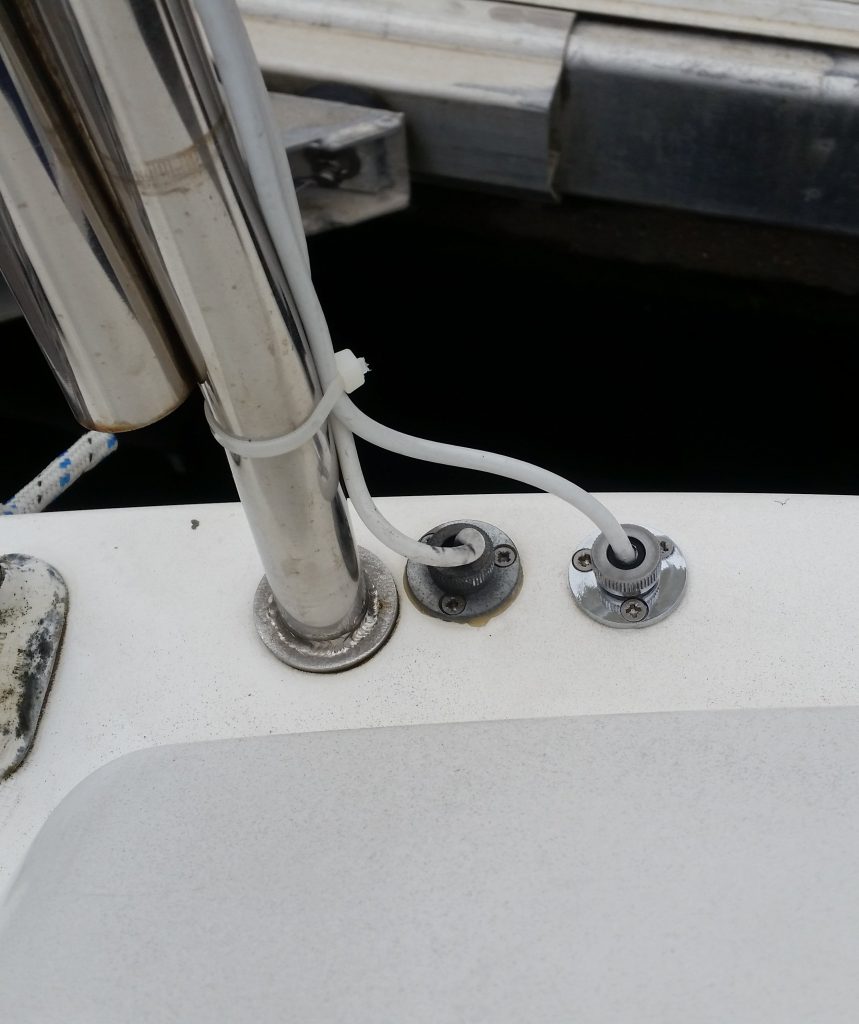 We attached the AIS GPS aerial on the starboard stern rail, alongside the existing old chart plotter’s aerial (which we may remove in a future upgrade). 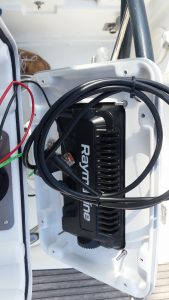 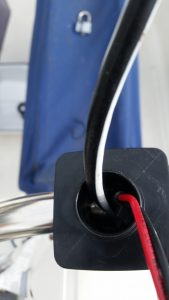 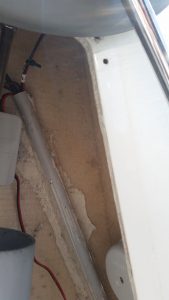 We managed to thread a network spur cable from the chart plotter pod through the rail, down the helm pedestal, and into the aft cabin ceiling. From there it joined the new SeaTalkng network backbone cable which is threaded around the stern space on Molia and down the cable pipe on the starboard side to the instrument panels at the navigation station in the cabin.

We were able to take the existing VHF aerial cable directly to the AIS as there was enough slack. We then made a new hole in the floor of the instrument locker so that the splitter cable could reach the VHF.

Completed wiring (behind the removable panel).

Switch on – and Molia shows on the AIS app! https://www.vesselfinder.com