As Molia was built in France, her shore power sockets are all continental round-pin. We have decided to replace at least some of these with UK square-pin sockets to reduce the number of adapters that we need to carry onboard.

As a trial I ordered one set: socket, cover and wall box made by Berker, from Furneaux Riddal.

In the end, removing the old continental socket was not possible without breaking it! The plastic had gone brittle since Molia was built.

Fitting the new socket was straight-forward. The screw holes don’t quite line up; but there is enough space to get the new screws in, and the old holes do not show. Overall this looks good. 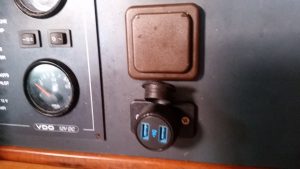 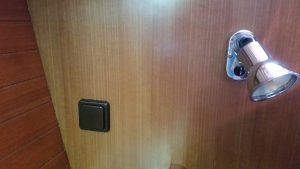 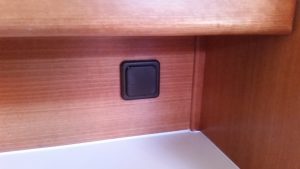 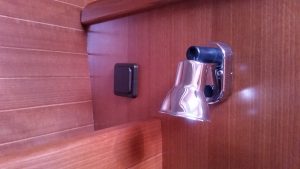 I think we might replace some of the others as well!